Speaking a second language is fun!

There’s a lot of embarrassing mistakes made in the process of learning however.

For example I have said these before:

a) What I wanted to say: “Does your back still hurt”?

what was said: “Does your fish still hurt”?

what was said: “I’ll just drink one breast”.

Some other examples courteous of my friends are:

a) wanted to say: “My grandmother returned it”

what was said: “My grandmother pissed herself”

b) wanted to say: “Your kid is really cute”

what was said: “Your kid is really scary”

what was said: “I want an advice car”

Mutually my Japanese friends have made similar mistakes when speaking Engrish.

For example there is no vowel sound in their language for the letter “A” when pronounced in words like hat, ran, fan, sank. They usually end up sounded closer to the words hut, run fun, sunk.

So, one time (at band camp J) when I was struggling to play a song properly on my guitar my friend was laughing at me. She attempted to say “You can’t”! What she ended up saying is “You c_nt”!

I just brushed it off though. I’ve been called worse! 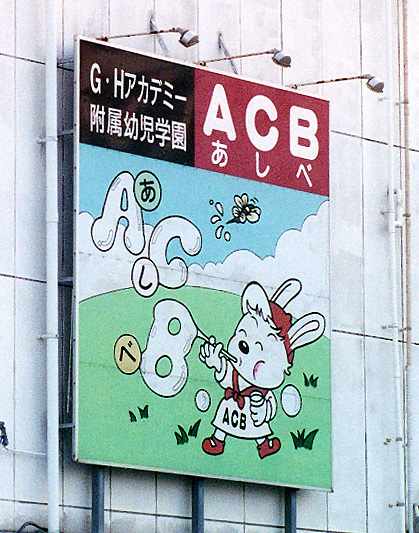 There will be updates to this blog.

2 thoughts on “Speaking Japanese as a second language”