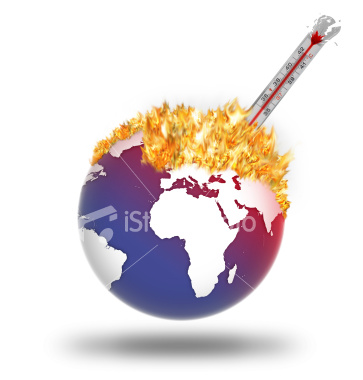 I recently read an article in Rolling Stone magazine about roguish British scientist James Lovelock. According to Lovelock, global warming is irreversible.

Endeavors to decrease your carbon footprint by taking steps such as purchasing a hybrid car cannot significantly reduce the effects of global warming now, because the damage has already been done.

Lovelock believes that more than six billion people will die by the end of the century because of global warming. He predicts that by the year 2020 intense weather will be the norm.

By 2040, even the most zealous right wing politician will no longer be able to deny the existence global warming, since Berlin will be as hot as Baghdad and southern areas of Europe and the United States will be uninhabitable desert regions.

Lovelock foresees poverty, mass relocation and plagues when the world’s population migrates northwards to areas such as Canada, Russia, Scandinavian countries and the Arctic.

He thinks that current efforts to reverse the effects of global warming are nothing more than a con to benefit from catastrophe.

Lovelock accuses the United Nations of being too conservative in its calculations concerning climate change, though he admits there’s a chance that his global warming predictions are wrong.

I sincerely hope he has made errors in his calculations, but fear that his prophecy will prove correct.

My point is this. None of us can predict the future, but with all the outstanding evidence sitting right at our feet, isn’t it BETTER to do what we can, then do NOTHING at all?

If we are wrong about Global warming, then what’s the harm in doing what we can to clean the world up anyways?????