That’s Me at the Top. Woot Woot

I really love cycling in Japan especially where I live in Numata. The mountain roads around here are clean and hardly used. Some early morning rides it feels like the road was made just for me. I’m looking forward to next year already. I will upgrade my bicycle group set Dura-Ace to the 9000 mechanical and probably buy a new training wheel-set.

Financially things were great, too. My best friend Ward did wonders with his day trading bringing me in over 17% profit over the year. I could “almost” quit my day job but not just yet. Also, Capital Clean Seed stock which I have some big money tied up in has finally started to climb and I’m excited to where it’ll go this year. If things go as predicted my move back to Canada won’t be as scary as I think. I will pray to the money gods on that one! It would really give me a lot of options on how to take care of my family which is the main reason I’ve been working so hard in the first place.

My little girl Victoria is now almost 2 years 6 months and she just gets cuter to me every day. She’s talking and developing her own personality and fortunately she loves playing together with daddy. She starts my days off by saying “Good morning daddy” and she never shy’s away from saying “I love you daddy”. What more could a father ask for? People tell me it will one day change and if they’re right, I best absorb every moment I can right now. Nothing makes me feel like I have a purpose more than my daughter. 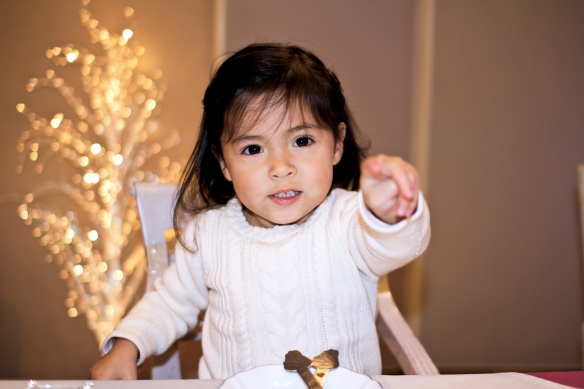 In August, I took 2 weeks and headed to Nashville Tennessee to record my latest album. I called up Aussie Greg Arnold again to produce it and we met up in a hotel near downtown Nashville to bash out the songs in pre-production before heading over to Alex the Great studio to have Brad Jones engineer and co-produce. The recording went well and it was an incredible experience. Brad would drive us to a different restaurant ever day around 3 to experience Southern food. The cool thing about the studio was that it was attached to a guest house which was included in the studio fee. I slept in the big studio room every night trying to finish off lyrics.  It was so cool looking around the room at the double bass, the grand piano, the drums all mic-ed up, and the foam carefully placed for sound just before closing my eyes and dreaming.  A kid in a candy store! The album is finally out and in boxes but I don’t plan on releasing it until January 2014. It’s titled, “Every Sunrise”.

I also hooked up with my brother in Nashville. He flew in for 2 nights to see me. It was really great to spend quality time with him. We had no family distractions and it was the icing on the cake to make it a memory I will not forget.

I had a good year of gigging too. I am very fortunate to have my job at Lockheart castle. Without that second income things would be a lot different for us. But I also landed a few new gigs that could promise to become a regular event.

So 2014 is just around the corner and if there are no hick-ups along the way I expect I will continue to do all the things I love, like look after my family, train hard on the road bike, race hard, gig every weekend, save money, write songs, sell the new album, and do my best to stay healthy and happy. Thank you 2013 and hello 2014!

Song-writing, wrong-writing, and prolong-writing are what stages I am in at the moment.  If I don’t have a good song, then I shouldn’t bother making the next album.  Right now I feel I have around 3 songs that are possibilities for the new CD.  That leaves me with half a year to write another 7 or 8 worthy of being on an album.  It’s been really tough to find quality creative downtime this year.  It’s been busy to say the least.  I’m hoping if I can get some co-writing adventures going it could spark a fresh and burning fire of hot tunes.  I always want to make the new CD sound a little different from the last one but no matter how hard one tries; there are always elements of a song that are uniquely you.

I plan on working with Producer Greg Arnold again.  The established and credible songwriter/producer wants to make the next album with me in Nashville Tennessee.  Although, he is an Aussie, he has some solid connections with accomplished people in the industry there.  Another reason I MUST bring my game face with me.  But as I move quickly through life as a musician, the one thing I know that remains true in this crazy poor-mans industry is this:  It all starts with a great song.  It’s the peak of a mountain.  The rest flows naturally into the hands of fans or into a sea of mediocrity.

I yearn for the challenge and fear the failure equally.

…Sounds like a song in there somewhere….    😉    Hopefully an albums worth!

I recently read an article in Rolling Stone magazine about roguish British scientist James Lovelock. According to Lovelock, global warming is irreversible.

Endeavors to decrease your carbon footprint by taking steps such as purchasing a hybrid car cannot significantly reduce the effects of global warming now, because the damage has already been done.

Lovelock believes that more than six billion people will die by the end of the century because of global warming. He predicts that by the year 2020 intense weather will be the norm.

By 2040, even the most zealous right wing politician will no longer be able to deny the existence global warming, since Berlin will be as hot as Baghdad and southern areas of Europe and the United States will be uninhabitable desert regions.

Lovelock foresees poverty, mass relocation and plagues when the world’s population migrates northwards to areas such as Canada, Russia, Scandinavian countries and the Arctic.

He thinks that current efforts to reverse the effects of global warming are nothing more than a con to benefit from catastrophe.

Lovelock accuses the United Nations of being too conservative in its calculations concerning climate change, though he admits there’s a chance that his global warming predictions are wrong.

I sincerely hope he has made errors in his calculations, but fear that his prophecy will prove correct.

My point is this. None of us can predict the future, but with all the outstanding evidence sitting right at our feet, isn’t it BETTER to do what we can, then do NOTHING at all?

If we are wrong about Global warming, then what’s the harm in doing what we can to clean the world up anyways????? 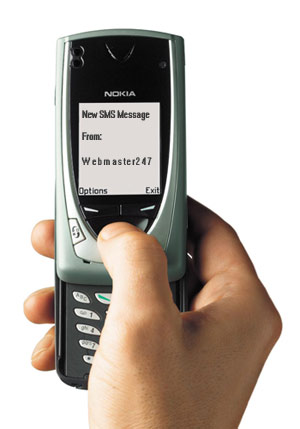 Our thumbs were not designed to text message.

I text message because I’m a cheap bastard! But at the end of the day, which is really more important, saving a wee bit of cash, or saving time?

Here’s my biggest question. How important is it that you must text message when:

1)     You’re driving! (this one is literally KILLING PEOPLE)

The list is endless really. My point is, COME ON PEOPLE! How about checking out the scenery, or chatting with a stranger on the bus instead of a text from FIND A DATE.

Oh…hang on….. I better finish this later, just got an email from Mr. Tomo saying,

“Hi, I’m at home watching YouTube, what are you doing”?

Why is it rain is always written in songs when talking about heart break or lost love?

To me, rain is great!

I like a good rainy day from time to time.

Sleep in late, play the guitar, and eat junk food.

I’m not going to build a boat if it rains for 40 days!

I’m going to rent a bunch of DVD’s and put a dent in the sofa!

Maybe even write a blog! 🙂

Do I have to go outside and get wet while returning the DVD’s?

How has technology made my life busier? Or is it that, I’m that kind of person who needs to be everywhere and do everything at once? Damn if I’m going to let someone else do something I should know how to do.

But the problem with that mindset is finding time to get good at it. Spreading yourself thin to attack many goals also means becoming average at everything and not great at 1 thing.

I envy those who have one passion and dig deep down into its roots to find every cell of meaning. I must say, I do that with music. But in today’s age, music is such a fast growing piece of bamboo and encompasses wet lands like rice, that to be skilled in all areas is a mighty task. Independent musicians must learn the skills of all to become successful. Some brilliant songwriters don’t have the personality or business sense to take their crafty songs to another level but recently must learn.

Like a bulk of the musicians out there, I too fall short of mastering the A to Z’s of the musician’s bible. Music has become free for listeners. It certainly wasn’t free for me to record it. How much does ones time and passion cost I wonder?

I guess all these questions and thoughts are part of the new music revolution. It’s a scary and yet exciting time. For me, I figure if I dream big, chase big dreams, and fall short – I’m still going to end up somewhere higher than if I’d not had that dream at all. With only one life to live, I don’t want to look back in disappointment. Forgive me as my thoughts wander. I’m just trying to keep up with the cards dealt.